As a former elected official, Anita brings the firm a wealth of experience and success developing public projects of regional importance, New York State politics, infrastructure development and a deep passion for furthering the interests of local government.

Anita entered private practice after having served as Saratoga County Supervisor from the Town of Clifton Park since 1994.  She has been a member of virtually every Board committee during her tenure, including Chair of the Board of Supervisors in 2001 – a year we all know was one of the most difficult in our Nation’s history.  She has served as Chair of the Economic Development Committee, long time member of the Law and Finance Committee, Past Chair of Personnel and the member of the Public Safety Committees.  Anita was an early proponent of the county-wide water system, worked hard with the leadership of the County and now serves as Vice Chair to the Saratoga County Water Authority.  She has been featured as a national speaker and expert in successful regional government and women in politics.

During her tenure as Chair of the Economic Development Committee, Anita led the committee through the process of working with State and Federal officials supporting the location of a chip foundry in Saratoga County, resulting in the creation of over 3,000 jobs. She has worked actively with organizations and businesses throughout Saratoga County to expand the tax base by attracting and maintaining businesses and jobs for the region.  Anita promotes the knowledge of economic growth and development by participating in various opportunities to learn and share information.

In addition to her roles in government Anita has served as an Educational Consultant for the Charter School Institute has held various teaching positions and serves on numerous Boards, Committees including the NYSAC Children with Special Needs Committee and Councils in the Saratoga County area.  Anita has been involved with numerous fund raising and educational events focusing on improving the quality of life for students and persons with challenges. 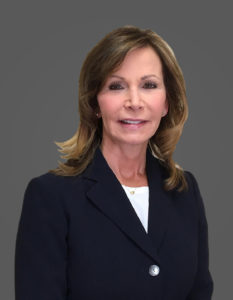