Anthony Pugliese possesses public sector experience to bring together with the private sector to drive sound policy forward. Prior to joining Envision Strategy, Pugliese served as the Chief of Staff at the Federal Energy Regulatory Commission (FERC). Along with overseeing the daily activities of the Commission, including all agency staff, Pugliese led several MOUs promoting efficiencies between DOI, DOT, FPISC, and more. Pugliese also provided leadership for MOUs between FERC and other countries including Israel, Japan, India, and Mexico.

Pugliese served as Senior White House Adviser at the U.S. Department of Transportation, where he helped oversee all aspects of the department, including the various modes and regulatory reform. Prior to moving to D.C. Pugliese was Director of Legislative Affairs for the Pennsylvania Governor’s office and Department of Community and Economic Development. Pugliese was also a consultant at a leading government affairs firm in Pennsylvania, where he worked on a wide array of issues including economic development, energy, infrastructure, tax policy, international investment, agriculture and more. 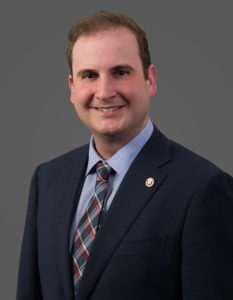